Menu
Home → News → Soil fertility condition in different regions of Ukraine. Report of the Agrotest Laboratory at the International Conference on the Analysis of Soil and Plants.

Soil fertility condition in different regions of Ukraine. Report of the Agrotest Laboratory at the International Conference on the Analysis of Soil and Plants. 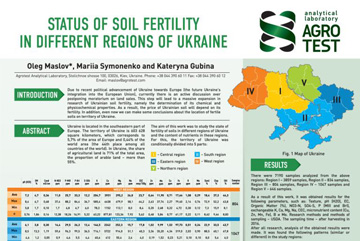 Due to the political advancement of Ukraine to Europe (the future of Ukraine’s accession to the European Union), the issue of lifting the moratorium on land sales is being actively pursued. This step will entail a total study of the fertility of Ukrainian soils, namely the determination of its chemical and physical and chemical properties. It is clear that when deciding to lift the moratorium on land, the soil fertility will directly affect its price.

Ukraine is located in the south-eastern part of Europe. The territory of Ukraine is 603 628 square kilometers, which corresponds to 5.7% of the European area and, accordingly, 0.44% of the world’s square (44th largest number among countries of the world). In Ukraine, the share of agricultural land is 71% of the total area, the share of cultivated land – more than 55%.

The purpose of this work was to study the soil fertility status of different regions of Ukraine and the content of nutrients in these regions. For this, the territory of Ukraine was conditionally divided into 5 parts: I – the northern region, II – the southern region, III – the eastern region, IV – the western region and V – the central region.

After conducting all the studies, the analysis of the results was carried out. The following regularities (similarities or differences) were found in the studied regions: 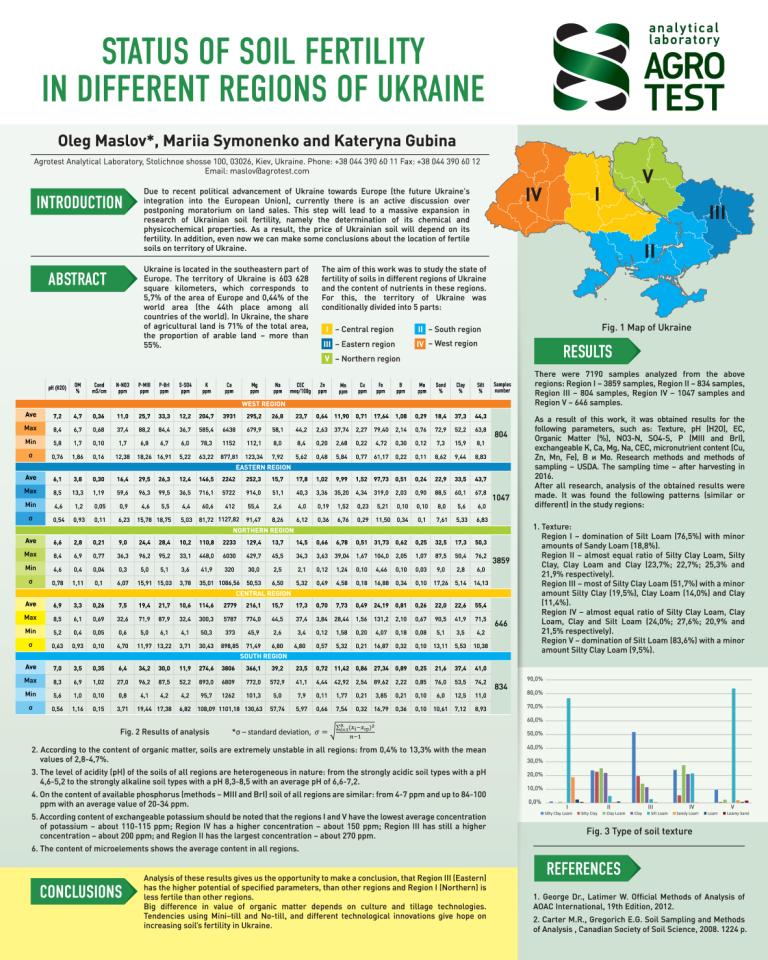