The texture is a mechanical composition of the soil 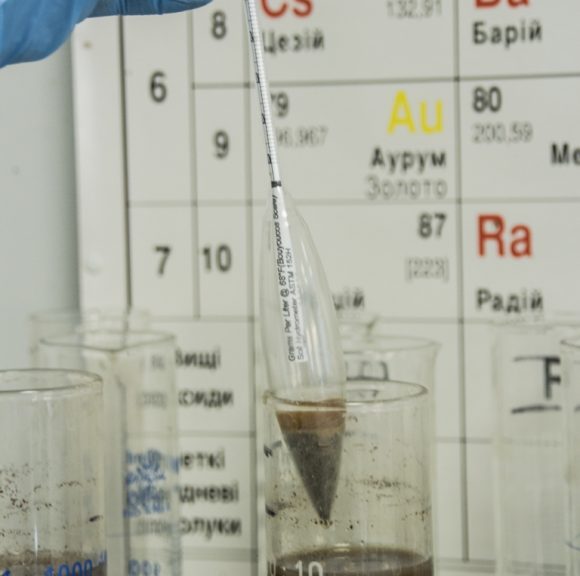 The soil consists of particles of different sizes. There are large particles in it – stones, remains of rocks and minerals, the sizes of which can vary from 2-3 cm in diameter, to 10-12 cm. Most of it is occupied by small particles that are not visible to the naked eye. There are particles that can be seen only in a microscope with an increase of hundreds of times. And there are even smaller particles that differ only in an electron microscope. 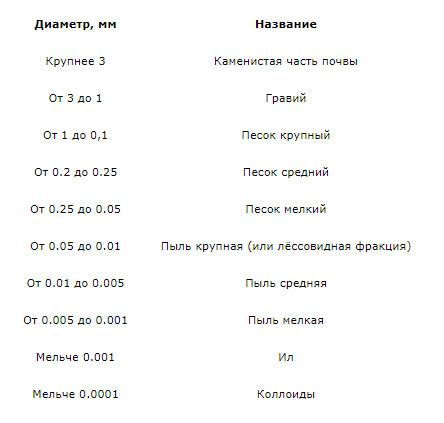 Stones, gravel, large and medium sand in the analysis of soils are removed from fine sand, dust and silt using special sieves with square or round openings of various sizes. Small sand, dust and sludge are separated by water. It is known that the sand precipitates in water faster than other fractions. If you place a crushed ground in a glass of water, from which the stones, large and medium sand, and shake up, are cast out, then the sand will first be at the bottom. Dust and clay, for a while, will be in the water.

From the composition of the soil, the size of the soil particles depends on its fertility. Clay and loamy soil contain many different materials (feldspar, mica, etc.). These minerals contain different substances necessary for the plant: sulfur, copper, magnesium, calcium, potassium, phosphorus, iron, etc. The most valuable foods are small colloidal particles, because nutrients contained in them are easier to dissolve in water. Sandy and sandy soils contain in themselves a large amount of quartz mineral that can not provide plant nutrition.

It is known that pine, potatoes, onions and some other plants grow well on quartz sand. But it should be added that these plants extract nutrients from non-quartz, and from the products of decomposition of noxious substances and from clay particles, which, always, even in small quantities present in the sands, and especially in the soups. It should also be noted that in addition to quartz there are sand from grains of feldspar, mica, bitter racushniak, and others. Such sands contain nutrients much more than quartz.

In sandy soils there is a predominance of sand and a small fraction of humus. These are light soils, they are light enough and well pass water. However, because of this, it should be watered more often, and more often make organic fertilizers. At the same time, it should be remembered that fertilizers are rapidly decomposed, and nutrients go to the substrate layer. The mechanical composition of light soils improves, introducing organic fertilizers in them in elevated doses. You can add compost or a lot of peat. Of mineral fertilizers use high-speed, making them the necessary doses, but often.

Suppository soils are better in their qualities. They are airy, well-warmed, they are easy to handle, well water is passed. After the rain, they dry quickly, crust is not formed. Mineral fertilizers are also introduced in small doses, but often, since such soils are poor in nutrients. Make peat, manure, mulch. Such soils delay water and well bind mineral nutrients.

Clay soils absorb a lot of water, but badly pass it deep into the spring, slowly warming up, differ in their high viscosity and density, they are cold, difficult to process. When digging up large breasts, the surface is covered with crust, during the drought breaks up, in the rainy summer – they swim. However, they keep nutrients well. It is necessary to abundantly fertilize the manure, to make lime, ashes, and sand in them.

Loamy soils are intermediate between sandy soils and clayey soils. Such soils contain dust particles, have a large supply of nutrients available to plants, differ in the appropriate granular structure and are easily processed. If the soil is not sour and rich in humus, it yields a rich harvest.

The rocky soil is characterized by a small layer of fertile soil lying on a rocky bed. The stony soil is poor in nutrients and often has an acidic environment. Contains a small amount of nutrients (constantly washed out with water).

In addition to these main species there are transitional soils, in which the quality of one or another of the main species prevails. 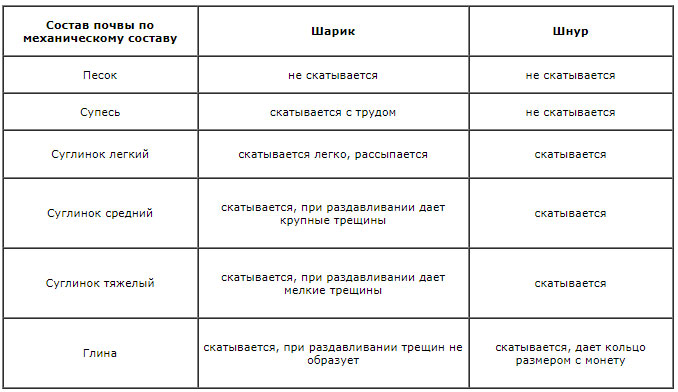 There are several classifications of the division of soils depending on the content of mechanical fractions. All of them are reduced to one – the difference in the texture is determined by the percentage of each fraction.

The mechanical composition of the soil can be determined visually, tactile and hydrometric. Visual Definition (definition of `sand – or not`): take a good look at the soil. Sandy soils are easily detectable visually. In the case of tactile detection, you need to take some soil with your fingers and moisten with a little water. The definition occurs when rubbing the wet ground with your fingers: the clay is smooth and slippery, the sand is rough and hard, the mud is the middle between clay and sand. Hydrometric determination is carried out using hydrometry.